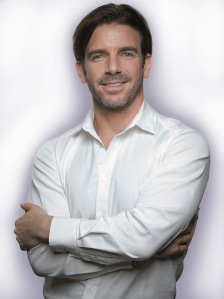 Brad is the President and a Partner of SS+K – a marketing and communications agency specializing in creative social media + engagement. SS+K is partially owned by Creative Artists Agency (CAA).

Over the past three years, led by a tight-knit, eclectic group of partners, SS+K has generated year-over-year double-digit growth in revenue and profit and added Fortune 500 clients including GM, JC Penney, Kraft, and Pfizer. The SS+K momentum has been punctuated by such kudos as a Cannes Gold for Coca-Cola’s Honest Tea and 2012 Political Agency of the Year by OMMA magazine.

This is Brad’s second tour of duty with the firm. He first joined SS+K in 1994 as a strategic planner and stayed through 1998. Since rejoining the firm three years ago, Brad’s focus has been on reconstituting SS+K’s go-to-market strategy and offering as well as enhancing the shop’s talent base with an intense focus on digital, social media, and social engagement.

Prior to SS+K, Brad was the EVP/Executive Director of Draftcb’s Digital practice and a member of the New York Leadership Team.  Before this, Brad served as the GM and Co-founder of Merkley ID, the Digital and Design unit of Merkley + Partners.

Brad also served as Director of Business Development at The Attik, a global digital, design and motion graphics firm working on brands including HBO, MTV and Nike.  Prior to The Attik, he held numerous account management positions at Ogilvy, Cliff Freeman & Partners and Saatchi & Saatchi.

Brad has spoken about the power of social media as a keynote speaker at Brazil’s “Mais” Account Planning Conference and on a panel of independent agencies at the Cannes Festival. He was featured in Departures Magazine as one of the advertising industry’s new Mod Men. He’s been a judge for the Effie’s, led panels for IAB and been a guest columnist for Adweek, MediaPost and The Hub.